When I was young, I would run into the woods and play. There were streams to follow. There were logs to cross and flowers to gather. In the woods I felt the wildness inside me come to life. I could climb and run and tumble. There are no particular rules for playing in the woods. As I would run in the woods, my hands would glide along the old trees in greeting. I felt an ancient spirit inside of me was returning home, like the woods had been my home for centuries, not the mere 10 years I had been alive.

When I go into the woods now, I feel that same wild spirit awaken in me. My breathing gets lighter. My mind becomes clear. I am a 10 year old again, exploring new worlds, and climbing new horizons. I feel a coming back to myself that I don't find in any other place. It is a homecoming of sort, I glide my hand along the bark of my old friends and feel the wild calm of my ancient home. 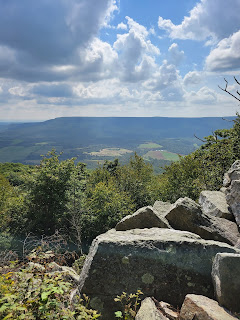 Posted by Timorous Poet at Thursday, November 18, 2021 No comments:

For what it is worth

For what it is worth, I love you.

I may not always be incredibly clever,

I may not always have the required wisdom,

I may not always have the energy demanded,

But I have never been short on my love for you.

You are loved with a fierceness that penetrates my bones.

You are loved regardless of your actions in this world.

You are loved because of who you are, because you are part of me.

You are my child and I love you.

Posted by Timorous Poet at Friday, October 16, 2020 No comments:

This morning as I rose out of bed a little blurry eyed. My daughter , who is the morning person in our house was already awake and ready to tell me about the crazy dream she had last night. As I listened and made my coffee she suddenly remembered that she needed to check her fairy garden and bounded outside to discover the gold glitter I had sprinkled along the path leading to the fairy house. Her face was full of delight and wonderment.
Shortly after that my son came down blurry eyed like me and gave me a hug to say good morning. He is so sweet and thoughtful.
My toddler shouted from her crib to be released. As soon as she was up she ran to me to babble about something important that I could mostly not fully understand. Then she forced her brother to get her a granola bar.
All of these morning moments are just small things, little moments of life. I am heartbroken all the same with how quickly time flies and will continue to fly. They grow up each day and I cannot do anything to stop it. I find myself being a blubbering sap when I grab their energetic bodies in my arms and command them to stop growing as they desperately wiggle to get free. It is such a treasure to watch your children learn and grow each day. To watch them become unique individuals, but this morning I wish I could encapsulate their youth. My only power is to write down these moments and treasure them in my heart.
Posted by Timorous Poet at Tuesday, October 16, 2018 No comments:

When my husband and I were engaged, we had dreamed together about the family we would like to have. We wanted a boy and a girl (hopefully in that specific order). We even picked out the perfect names: Blesson and Abigail. As many young engaged couples do, we were just putting together a blurred vision of what we hoped our future would look like.
About four years into our marriage we had our son, Blesson and three years later God gave us our daughter, Abigail. It was just liked we had planned.
Then I thought, "Wow God you really did give us the desires of our hearts. Thank you. I'm done having children."
A pastor friend of ours had shared a verse with us when we were in the hospital,
Psalms 127:3 -5
"3Behold, children are a gift of the Lord,
The fruit of the womb is a reward.
4 Like arrows in the hand of a warrior,
So are the children of one’s youth.
5 How blessed is the man whose quiver is full of them;
They will not be ashamed
When they speak with their enemies in the gate."
When he had prayed these verses over us, I had thought in my head, "Whoa, hold up! Two children is perfectly fine. I don't need a whole quiver, Lord."
I did all the responsible things to make sure we wouldn't have any more children. In fact I was told that the choice I made would ensure that the likelihood of me not getting pregnant was 99.7%. God is in that .3%.
Sure enough, one day I found out I was 9 weeks pregnant. I thought it was impossible. I was in complete disbelief. I really struggled with this unexpected news. I had just started a new career and didn't want to deal with the ailments that come with pregnancy. I wasn't ready for more sleepless nights, daycare expenses, diapers and being stuck at home with a baby. I cried for days and grieved for the loss of the plans I had laid out for the future. I also panicked. Suddenly the walls felt like they were closing in on me. Our house was too small, our car was too small, my paycheck was too small and, (as my belly grew) my pants were even too small. I also felt extreme guilt and shame for all of the emotions and thoughts I experienced, knowing that many women would be happy to find out they were pregnant. In the end, John and I decided to trust God.
I went to my mother to tell her that I was pregnant. I could barely get the words out at first. Tears were streaming down my face when I told her I was pregnant, even though I was not planning it, even though I didn't want to be, even though I had no idea how I was going to make it all work out. My mother's concerned face turned into a slight smile as she threw her arms around me.
She said, "Oh honey, I felt the exact same way when I found out I was expecting you."
A long time ago my parents had decided that two girls were just the right size for their family. My dad had gotten a vasectomy and their likelihood of getting pregnant was 99.7% as well... then 6 years later I showed up.
My mother said to me, "Just look at what we would have missed out on if we wouldn't have had you." 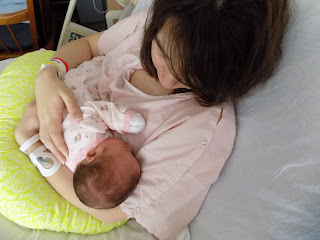 When I was young,
I thought love was simple.
And it was.
I would meet a beautiful stranger,
They would make me see the world a little differently,
Or just make me laugh,
Suddenly I was madly in love with them.
It was a pure love,
One that did not require reciprocation,
Or even acknowledgment.
And I still love that way today-
I still fall for beautiful strangers.

But now I am married,
My heart committed to a man I know so well.
It is not a simple love.
It's as complex as both our souls.
It requires work, compromise, and humility.
Like a mirror, it reflects and magnifies my mistakes.
It challenges me in ways I never thought was possible.
In this deep complexity emerges that is greater than our individuals
Our love is not simple,


But it is beautiful in its complexity.
Posted by Timorous Poet at Tuesday, January 09, 2018 No comments:

If you have ever loved a tree

This may seem silly to you if you have never loved a tree, but I have loved many in my life. Growing up in my neighborhood, there was a small little park down from my house. A small stream maybe a foot deep meandered for a block and under a small foot bridge. The stream was lined with many trees, but there was one in particular that I loved.
It was a beautiful evergreen that sadly wept its branches in such a way that I could almost hide under them. I would spend hours playing under that tree and when I was older, I would often just sit on a rock under the protection of its sad branches.
Recently, I took my kids to this same park. The bridge was still there, the stream was smaller than I remembered, but my tree was gone. Someone had cut it down to a sad stump. My sitting rock was gone. I lovingly touch its stump, trying to calculate the years I had spent with the tree, in the rings that remained. My kids asked me what was wrong and I just sighed and said, "My favorite tree used to be here." Like an old lady who was mourning something sentimental, that means nothing to the new generation.
Posted by Timorous Poet at Wednesday, August 09, 2017 No comments:

The Determination of Life

It's a truth as old as time,
But every year it amazes me:
No matter how brutal the winter,
Spring always comes.
Small bright green life shoots out from the dead brown decay.
Plants want to grow.
With the first wave of sunshine,
I search around my garden for life.
I find new determined mint leaves.
New small wisps of chives peek out of the ground.
Every year, I am filled with hope.
I plant my peas and spinach seeds in the thawed soil.
Knowing that from this simple act, life WILL begin.